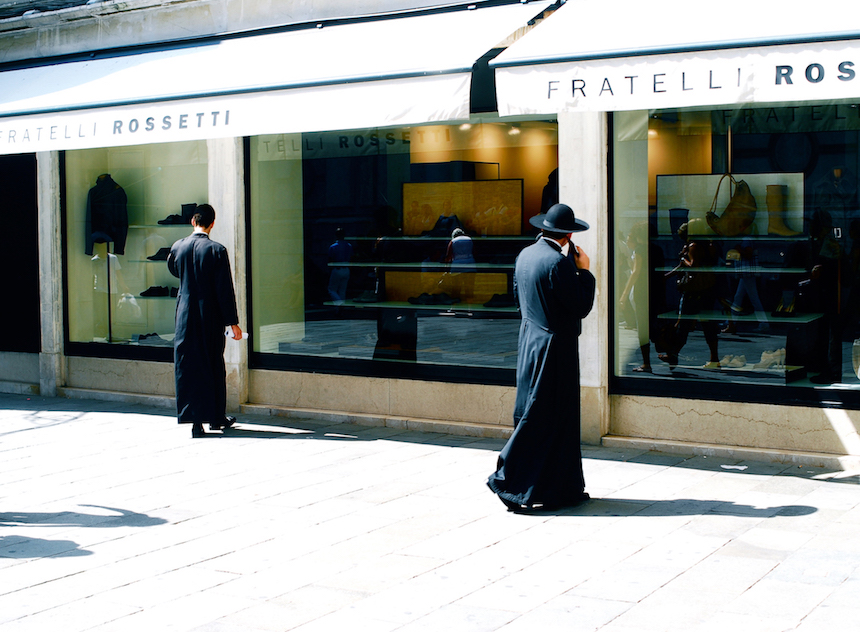 Much of the world’s population has taken turns being tourists and encountering tourists in their home districts. Those of us who live in popular American major cities such as New York, San Francisco, and Philadelphia frequently come across tourists, or in more gracious terms, travellers. In turn, when we travel to Portland or Las Vegas or Tannersville we become the visitors. On certain obvious levels, tourists or travellers are desirable to cities, to resorts, to countries in general. Tourists spend money; jobs are created to cater to them. Cultural institutions and sports arenas tempt their foot traffic and wallets. Vendors of souvenirs crave their spending. And in turn, tourists and travelers desire enjoyable experiences. They hope and plan for memorable vacations. They have checklists of landmarked buildings, museums, monuments and theatrical productions when they venture forth. But tourists can also elicit gripes, both petty and significant. Many of us have been on both sides of the fence, and while we may grouse about slow-moving tourists in midtown Manhattan who make it difficult to return to our offices, we have also been the snail-paced, gawking tourists in London or Chicago or Tel Aviv or wherever. Urbanites typically bump up against travellers more often than suburbanites or rural residents, but even they may see them in action—and they become the travellers while on their own vacations. Keeping this social-graces dilemma in mind, should a tourist try to blend in as much as possible, or is it an impossible or overly heroic task? Should we just reckon that we are outsiders and thus cannot fool the locals? Or is this more about not sticking out too dramatically? When travelling do we choose to stand out or be part of the scenery? And can we actually fool anyone, least of all ourselves? People around the world do have their complaints about the behavior displayed by some (many? Too many?) tourists, and often it boils down to the following: Some of these really are mild, if one really thinks about it. Tourists who are “getting in the way” because they are snapping photographs or ogling a famous building are not necessarily mean spirited. Granted, they should not walk five abreast, but then again, plenty of locals (especially teenagers!) are guilty of this. And people talk loudly not just because they are tourists but also because they are locals who are hyper, or hearing impaired, or eagerly walking toward a sports event or concert. But some of these complaints are quite serious. Public defecation and urination are unfortunately becoming growing problems involving poor behavior and health concerns, and certain tourists are being accused of perpetrating this. However, homeless and mentally ill locals also engage in this bad behavior. In recent years, tourists have become ever more obsessed with documenting every single aspect of their travels. Social media outlets encourage this “keeping up with the Joneses” attitude. This is certainly not new (cameras are well over 100 years old) but the massive growth of Facebook, Instagram, and Twitter has upped the obsession greatly. However, there are many local residents who are also constantly on the prowl for the exquisite photograph; they too want to show the world (or at least their friends) which events they have attended, which hotspot meals they have devoured, which celebrities they spotted in the department store. And how about Americans: are they still the “ugly” tourists of legend? Or have other groups overtaken them in the crude and lewd hall of shame? If you encounter tourists, do you try to help them or mock them? When you yourself are a tourist, do you ask for assistance or shoulder on by your lonesome, out of pride or embarrassment? Do you snarl at tourists you pass by in your hometown? Do you snap at them and scold them? Should tourists expect to be reprimanded for minor faux pas, or react only to being dressed down for glaring misbehavior? When you visit elsewhere, do you conform to all the expectations of the ideal tourist? Or have you ever been guilty of loudness, of gawking and persistent people watching? There is much more soul searching to this discussion than many people might care to acknowledge! A few writers are well known for their disparagement of tourists who come to New York City. Jeremiah Moss, author of the book Vanishing New York, excoriates tourists (as well as transplants to NYC) who seemingly ruin neighborhoods such as the Lower East Side and Upper West Side, who elbow residents with their selfie sticks, and throng the High Line park to the detriment of businesses that were replaced by a chi-chi park. Is Moss overly opinionated and snarky, or sounding an alarm that few are heeding? Does Moss cultivate ill will or make worthwhile criticisms? I find myself at odds with Moss over many of his points and his near-toxic commentary. And he himself is a transplant, while I am a third generation New Yorker who is more often amused at the behavior of tourists in my hometown. There are times when I feel that tourists are taking liberties with my landscape, but more often I giggle at their fumferring around. 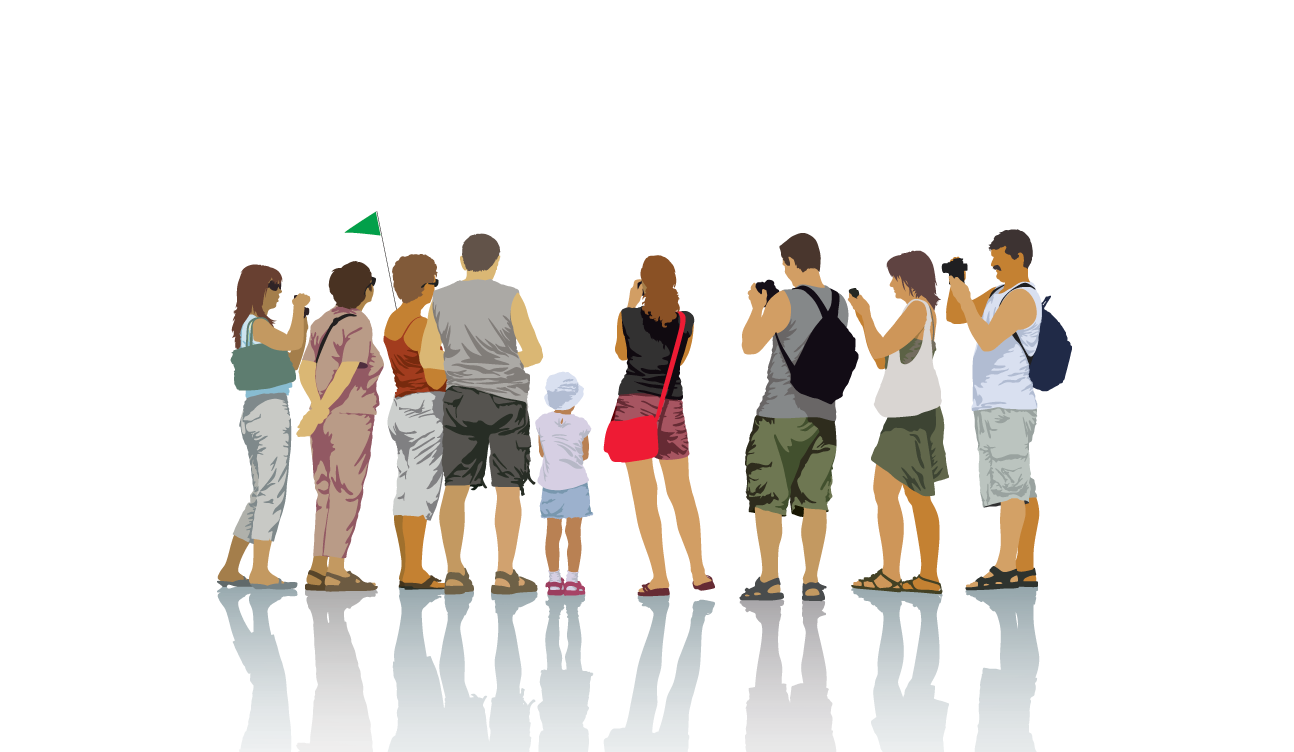 Thus I asked some friends, most of them native New Yorkers themselves or long-time residents, for their perceptions of tourists to the Big Apple: Lisa: “It’s cool to see their faces seeing things for the first time that we take for granted.” And at times “I’m a sucker for touristy stuff.” Shadrach: “I think it boils down to being a respectful guest.” Shelley: “I like to help tourists with directions and ideas when I have the time.” David: “You’d be surprised at how grateful tourists are for speaking their language…” Jacqui: “Tourists need to factor in how what they do might impact those around them. Gershom: “NYC is a place where nobody stares at you for being on your own as a solo traveller.” Joe: “Tourism is a necessary evil in certain places, especially Las Vegas.” We New Yorkers are well aware that our city has long been a destination within a big country, and this won’t stop. And we need to take this in stride… or should we gnash our teeth and protest? Certain premier cities and destinations are reacting to “tourist flood” with eye-opening messages. Venice, Italy has put up signs that read “Tourists Go Away!!! You Are Ruining This Area” and the local government is trying to limit tourists at certain popular destinations. Rodney Bolt, writing for the Telegraph in “Amsterdam is becoming the new Venice, a city stolen by tourists” posits harsh realities and questions. He sees Amsterdam becoming a polarized city and “what is more important to the very being of a city—citizens’ quality of life or economic prosperity, and the complexities of how these two interrelate.” Evidently this is an issue in more than one city, more than one resort area. And is “overtourism…a form of pollution, both social and environmental”? The future of tourism and the debate over its positive and negative aspects is much more complex than one might first think. It is multilayered and has ripple effects. It is much more than people visiting places and buying postcards with charming scenes. I will close with this memory: the first time I visited Madrid, with a work colleague, I recall being stumped by oddly shaped metal things on many sidewalks. My friend Alex looked at them and quickly sized them up as recycling and sorting receptacles. It dawned on me that as a tourist, I was naive of my impact on a major city as far as environmental issues. My awareness began to evolve with this trip and it was not because I had visited a famous art museum. – Ellen Levitt
Previous PostNine Ways to Make Your Skin Shine in 2019Next PostCapri Holdings Limited Completes Acquisition of Versace