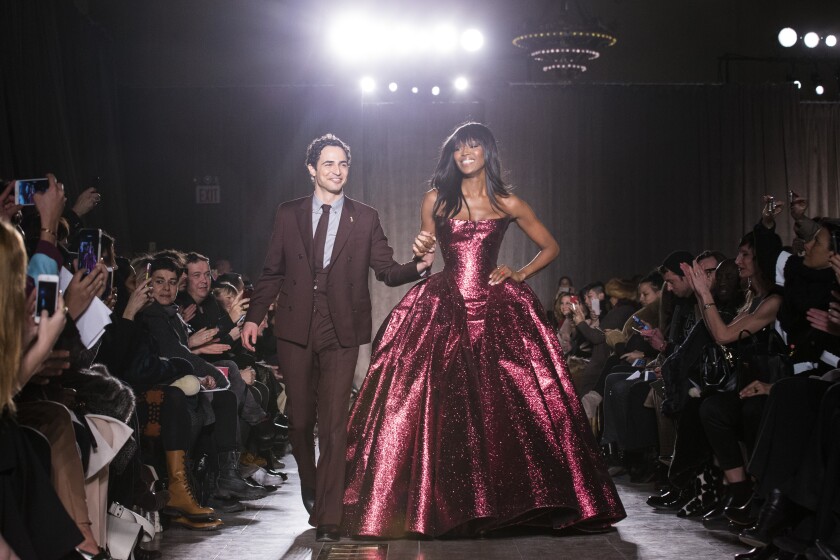 Zac Posen is shuttering his label, the brand confirmed on Friday. An announcement from the label’s owners, House of Z and Z Spoke that came on Friday evening revealed that the company – which had been in midst of a sale process since this spring with Yucaipa Cos., with the Ron Burkle-led investment firm that had acquired the 50 percent stake in Posen’s business that was formerly held by rapper-slash-retail mogul Sean Combs, looking to sell off its stake in the label, according to Vogue – could no longer continue operations. “I’ve been personally trying to find the right partner for some time,” Posen, himself, told the fashion publication, “but time ran out, and the difficult climate out there… it’s not an easy time in our industry.”

Known for keeping celebrities like Gwyneth Paltrow, Naomi Campbell, Oprah, and Rihanna “in mermaid gowns on the red carpet,” as Vogue’s Nicole Phelps put it, 39-year old Posen’s “figure-flattering engineered construction and [the] flamboyance of his gowns—not to mention his personal charisma—made him a red carpet favorite,” as well as a key figure for years on television show Project Runway and the subject of his own documentary, titled, House of Z.

Despite Posen amassing a personal following and maintaining a pool of famous fans of the brand, the brand has “determined to cease business operations and carry out an orderly disposition of its assets,” following a “comprehensive strategic and financial review of the businesses” carried out by the Board of Managers for Posen’s House of Z entity. In a statement, the brand stated that its “management team [has] worked extremely hard to navigate the increasingly challenging fashion and retail landscape,” but noted that “these efforts have not been successful and deeply saddened that the journey of nearly 20 years has come to an end.”