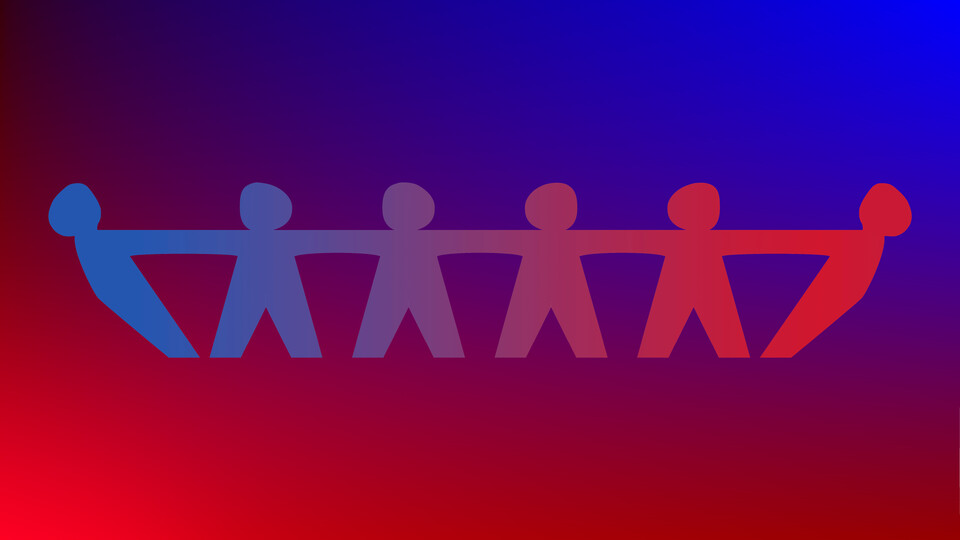 In an age of high political polarization in the United States, the popular narrative often focuses on an “us versus them” battle between the two major political parties, each accusing the other of intolerance.

But new research shows that political affiliation and its relationship to political tolerance is more nuanced.

Social scientists Christoper Garneau and Philip Schwadel used 42 years of data from the General Social Survey to examine how political identities influence political tolerance — the willingness to support and advocate for the civil rights of others. They found that while those who identify as Democrats are, on average, more politically tolerant than Republicans, a complex picture emerged when looking at political orientation subgroups within the parties and among independents.

“Party matters to some extent, but it’s dwarfed by orientation,” said Schwadel, Happold Professor of sociology at the University of Nebraska–Lincoln.

“Democrats who are ideologically conservative are very unique in their levels of intolerance toward marginalized groups in the United States,” said Garneau, a Nebraska alumnus and assistant professor of sociology at the University of Oklahoma. “That seems counterintuitive and was surprising, but as the Republican party has become more aligned ideologically, the Democratic party has remained a mishmash of religions, racial and ethnic groups, and occupational statuses across the board. They’re just very diverse.

“And some of what we tend to equate with conservatism is true of conservative Democrats. They are often socially conservative, very pro-traditional family and religious, yet fiscally liberal. They are supportive of government equalizing income and supporting labor unions, which the Democratic party has historically stood for.”

The study also found that those who identified as liberal Democrats are the most politically tolerant group among partisans. Moderate Democrats, meanwhile, were similar in tolerance measures to their moderate counterparts in the Republican party.

“Moderate Democrats pale in comparison to liberal Democrats, and we tend to equate the Democratic Party with liberals,” Schwadel said. “But it’s a minority of the party who identify as liberal, and those that don’t are the ones who are relatively politically intolerant.”

Independents — the nation’s largest and growing political population — were generally more tolerant overall than either partisan group, the study found. The researchers posited that political polarization may be playing a role in partisans’ intolerance.

“Especially over the last decade, we’ve seen a lot of at least anecdotal evidence of considerable intolerance among both Republicans and Democrats toward the other party, and that kind of intolerance can bleed into other aspects of who you view as acceptable populations,” Schwadel said. “Pew (Research Center) has done a lot of really good work on how Democrats and Republicans don’t trust each other or don’t think the other groups are valid Americans. With that frame of mind, it becomes easier to be intolerant in other ways.”

The researchers have already begun to tease out more information from the data to explore why conservative Democrats are so uniquely intolerant.

“Political tolerance, in and of itself, is the willingness to say, ‘Hey, everybody gets to do things like vote and work in a civil society, even if I don’t like that particular group or person,’” Garneau said. “That’s critical in a democratic society. For it to operate effectively, everyone gets to be part of the whole.”