There is a high rate of adverse physical effects and challenging psychological effects from using the plant-based psychoactive ayahuasca, though they are generally not severe, according to a new study published this week in PLOS Global Public Health by Daniel Perkins of University of Melbourne, Australia, and colleagues.

Ayahuasca is a South American psychoactive brewed drink used in traditional medicine and ceremony. Its contemporary use has been expanding throughout the world for mental health purposes and for spiritual and personal growth. Although clinical trials and observational studies have examined the potential benefits of ayahuasca, few have analyzed its adverse effects.

In the new study, the researchers used data from an online Global Ayahuasca survey carried out between 2017 and 2019, involving 10,836 people from more than 50 countries who were at least 18 years old and had used ayahuasca at least once. Information on participants’ age, physical and mental health and history and context of ayahuasca use was collected. 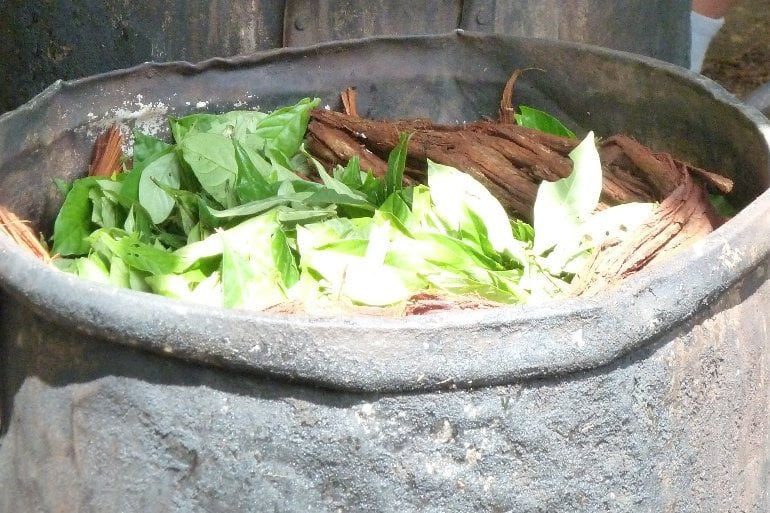 Overall, acute physical health adverse effects were reported by 69.9% of the sample, with the most common effects being vomiting and nausea (68.2% of participants), headache (17.8%) and abdominal pain (12.8%). Only 2.3% of participants reporting physical adverse events required medical attention for this issue. Among all participants, 55% also reported adverse mental health effects, including hearing or seeing things (28.5%), feeling disconnected or alone (21.0%), and having nightmares or disturbing thoughts (19.2%). However, of all respondents identifying these mental health effects, 87.6% believed they were completely or somewhat part of a positive growth process.

The researchers also identified several factors that predispose people to the adverse physical events, including older age, having a physical health condition or substance use disorder, lifetime ayahuasca use and taking ayahuasca in a non-supervised context.

The authors make the observation that ayahuasca has notable, although rarely severe, adverse effects according to the standards used for assessing prescription medicines. In that sense, they state that ayahuasca practices can hardly be assessed with the same parameters used for prescription medicines, since the myriad of its effects include challenging experiences that are intrinsic to the experience, some of which are considered as part of its healing process.

The authors add: “Many are turning to ayahuasca due to disenchantment with conventional Western mental health treatments, however the disruptive power of this traditional medicine should not be underestimated, commonly resulting in mental health or emotional challenges during assimilation. While these are usually transitory and seen as part of a beneficial growth process, risks are greater for vulnerable individuals or when used in unsupportive contexts.”