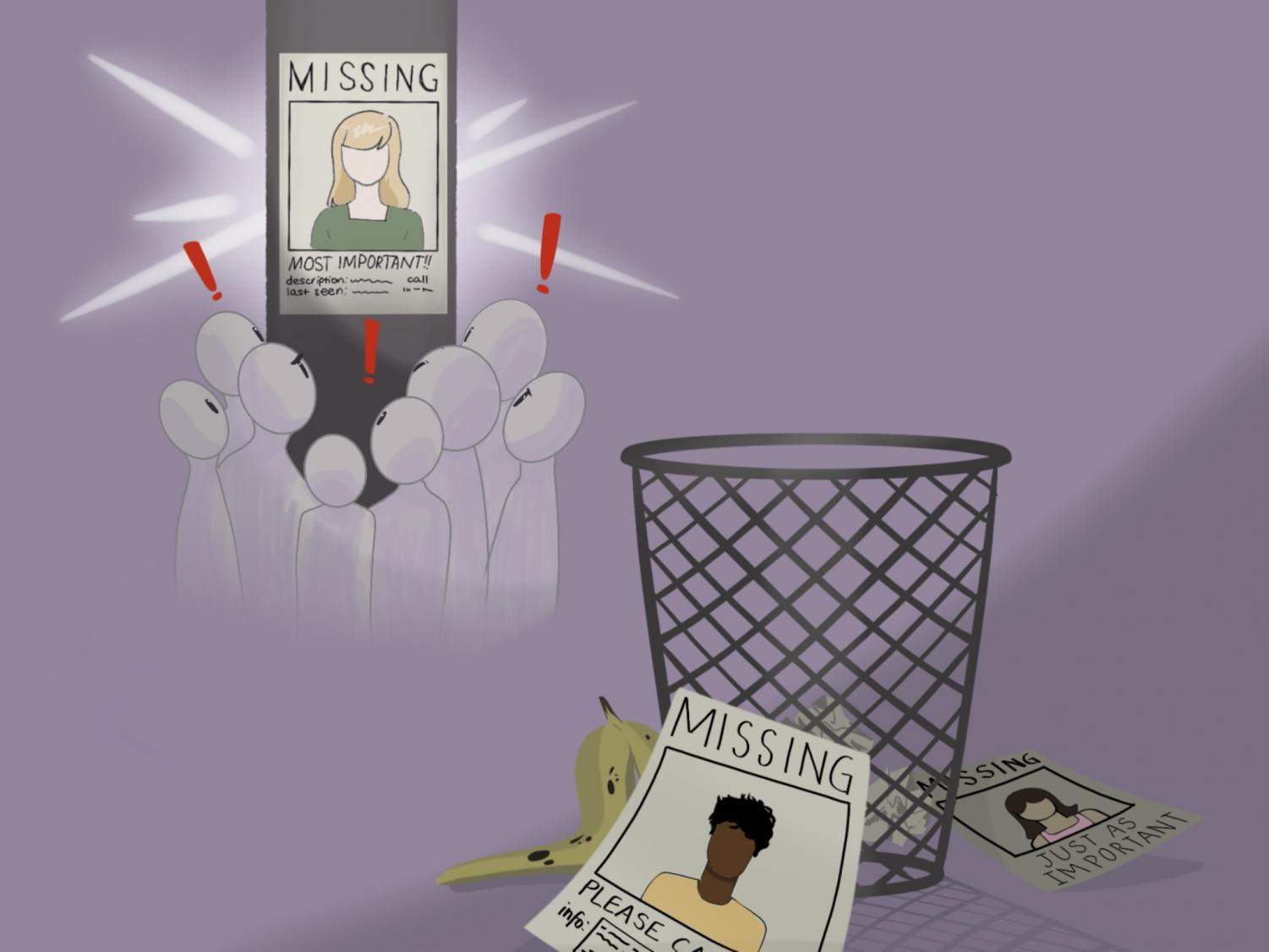 The high-profile disappearances of Sarah Everard and Sabina Nessa in England and Gabby Petito in the US have brought renewed attention to media bias in coverage of missing person cases.

In 2019-2020, over 150,000 people were reported missing to police in England and Wales. Of those whose ethnicity was known, about 80% were white, and 14% were black. The rate of black people reported missing was far higher than their percentage in the total UK population (3%). During the same period, white people accounted for 61% of missing person publicity appeals while 22% were for missing black people, according to the charity Missing People.

There is evidence of similar bias in media coverage in Canada and Australia suggesting the media reports mostly focus on white people who go missing, preferably a pretty white woman or girl from a middle or upper class background. This racial bias has been termed as the missing white woman syndrome.

As an expert in the subject area of missing persons, I am often asked why this bias exists. The answer leads to a more complex discussion about the business of media.

It is every media outlet’s motivation to match its stories and agendas with the demographics of its audience. Our engagement with stories — viewing, reading, listening, commenting or sharing online — leads to higher advertising revenue for the news outlet. We, in turn, are more likely to engage with media outlets whose coverage fits with our world view, or covers stories we deem relevant to our lives.

While we have a natural instinct to connect with others, we experience more empathy for those we consider to be in our “in group”. Thus, we are less likely to help “out group” members in need. This is known as the empathy gap. Given that most of the UK population is white (87%), national media outlets tend to cater primarily for this population. Therefore, albeit wrong, it is not surprising that national media reports of missing persons involve mostly white people.

The bias is not just in the amount of coverage, but also in the content and quality — which stories make the front page, how many words per article and what language is used.

The media bias perpetuates a misunderstanding by the public of who goes missing and prevents us from having a broader social discussion of what leads people to go missing and what we can do to prevent it. This in turn leads to a lack of resources that could be used to support those who go missing and their families.

Members of ethnic minority groups have also raised their concern that the public’s exposure to predominately white women and children who go missing and are victims of serious crime can lead to bias in prioritisation of resources towards white women and girls, leading to them being found quicker than other ethnic groups.

This status quo can and should change. Becoming aware of the problem and discussing it publicly as people are now doing is a step forward. Journalists and editors should be more mindful of their own biases and expose us to more cases from a variety of ethnicities and social groups.

Social media is now playing a bigger role than ever before at the dissemination of publicity appeals for missing people, thus breaking up the “traditional” coverage by the news media. As active consumers of news and users of social media, we can bring more attention to lesser-discussed cases by liking and re-tweeting them.