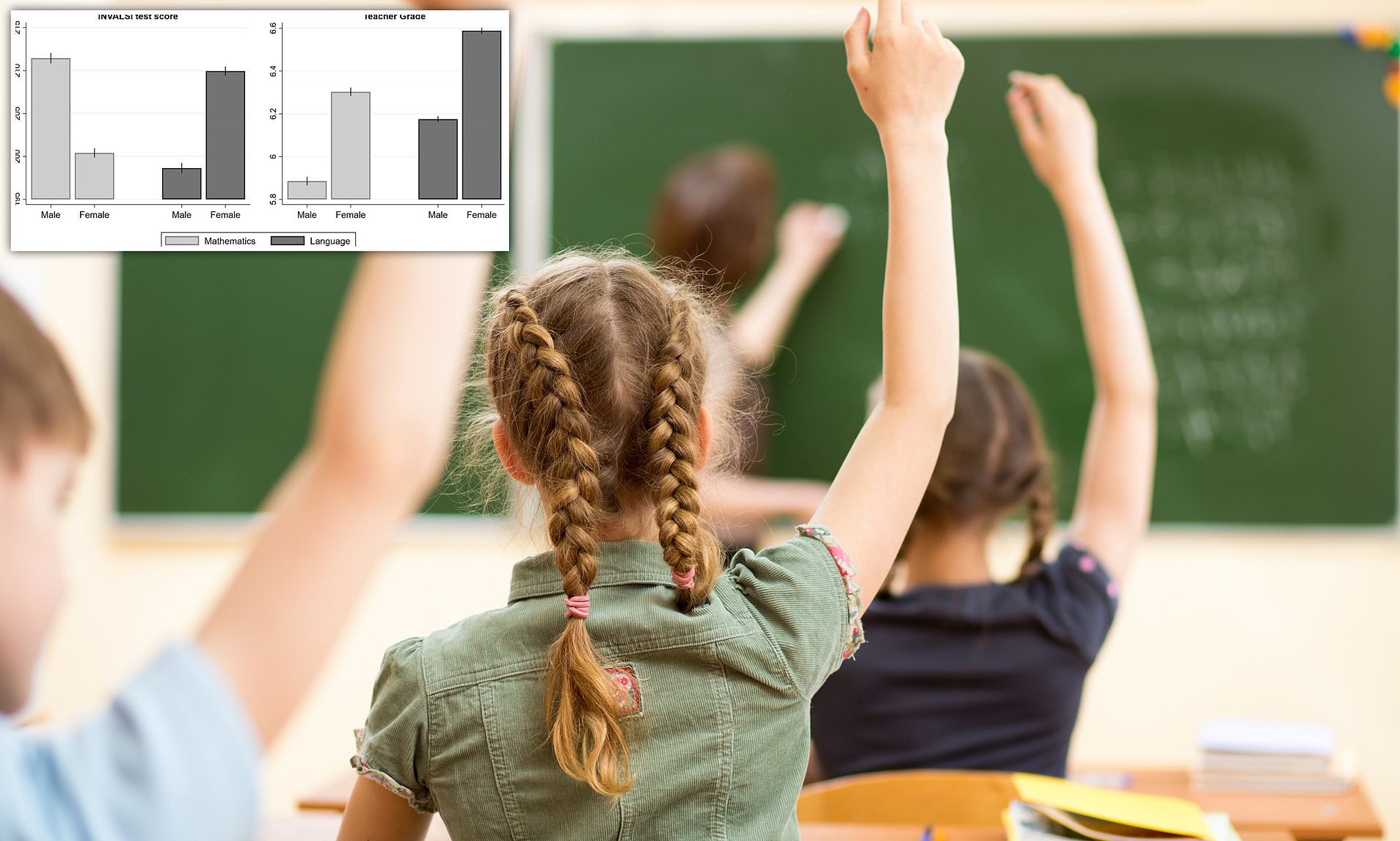 Girls are routinely being given more generous grades than boys with the same academic competences, a new study of tens of thousands of pupils and their teachers concludes.

This bias against boys could mean the difference between a pass and a fail in subjects such as maths. It could also have wider consequences in areas such as college admission, job choice and earnings, warn the Italian researchers.

Their study, published in British Journal of Sociology of Education, is the first to demonstrate that the problem is systemic – it is present across a variety of educational environments and irrespective of teachers’ characteristics.

Gender-related gaps in educational achievement are common worldwide.  However, the nature of the gap differs with different ways of measuring achievement.

When the results of standardised tests, which have a standard scoring system, are used, girls typically outperform boys in humanities, languages and reading skills, while boys do better in maths.

In contrast, when grades are awarded by teachers, females do better than males in all subjects.

To find out how teachers’ evaluations tend to favour females, the University of Trento researchers began by comparing the scores almost 40,000 students received in standardised tests of language and maths with the grades they achieved in their classroom exams.

In line with previous studies, the girls performed better than the boys in the standardised tests of language, while the boys were ahead at maths.

The teachers however, put the girls in front in both subjects. The girls’ average grade in language was 6.6 (out of 10), with compares with 6.2 for the boys.  In maths, the average grade for the girls was 6.3, while the boys averaged 5.9, which is below the pass mark of 6.

The analysis also showed that when a boy and a girl were similarly competent at a subject, the girl would typically receive a higher grade.

The researchers then looked whether factors, such as the type of school and the size and gender make-up of classes, were driving the gender grade gap.

They also investigated whether characteristics of teachers themselves, such as how senior or experienced they were and whether they were male or female, helped explain girls’ more generous grades.

Only two factors were found to have an effect – and only in maths.  The gender gap in maths grades was greater when classes were bigger.  Girls were also graded as being further ahead than boys in technical and academic schools than they were in vocational schools.

None of the other factors had any significant effect in reducing the gender grading gap.

Taken overall, the results show for the first time that higher grading of girls is systemic – rather than stemming from one particular failing, it is embedded in the whole school system.

The study’s authors say it’s possible that, in reading, teachers unconsciously reward students exhibiting traditionally female behaviour, such as quietness and neatness, which make teaching easier for the teachers.  Another theory is that inflated grades in mathematics are a way of trying to encourage girls, who are often seen as weaker in this subject.

The study’s authors conclude that bias against boys in Italian schools is considerable and could have long-term consequences.

“There is a strong correlation between having higher grades and desirable educational outcomes, such as gaining admission to good colleges or having a lower probability of dropping out of school,” says researcher Ilaria Lievore, a PhD candidate in Sociology.

“Consequently, higher grades are also correlated with other outcomes, such as having higher earnings, a better job or even higher life satisfaction.”

She adds that although other European countries also grade girls more generously than boys, the reasons for this could differ from place to place and won’t necessarily mirror those in Italy.

The study’s limitations include using grades which were awarded part-way through the school year.  These may have differed from differed from the students’ final grades and so have affected the results.