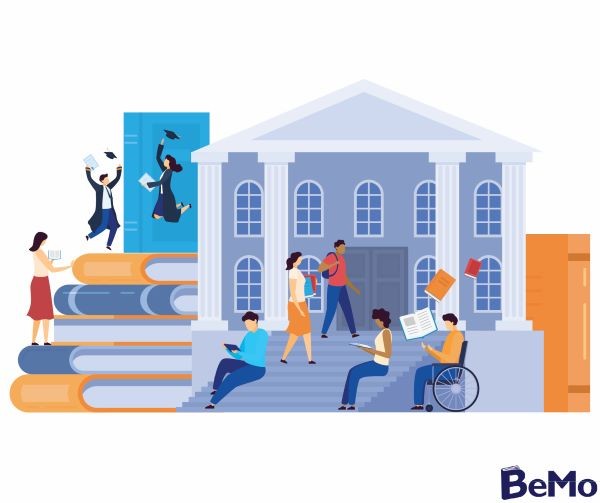 A desire to succeed despite adversity motivates people to pursue a legal career, but barriers caused by finances and careers advice are obstacles, a new study suggests.

Those who have become solicitors and barristers said experiencing difficult circumstances in their lives and their personal qualities had been a bigger influence than any structural class or education barriers. Some wanted to prove others wrong and succeed against the odds.

Experts say their findings could be used to devise systems to encourage and actively promote widening participation into the legal profession with support which is emotional and psychological rather than exclusively financial.

Experts analysed 650 UK tweets posted under the twitter hashtag #mypathtolaw in 2018, which was started by Dr Matthew Channon from the University of Exeter Law School – following his experiences – to encourage law students, solicitors, barristers and legal academics to share their personal paths to a legal career. It has already contributed in changing the narratives of entry into the legal profession by celebrating diverse routes and in providing inspiration for future lawyers from ‘non-standard’ backgrounds.

The tweets reveal an encouraging picture of the ability of many to overcome barriers to their entry into a legal career through support from family, or personal resilience and perseverance, or the financial and emotional support of legal firms or teachers. Tweeters said poor or discouraging careers advice had been a significant barrier to them.

Narratives of financial struggles and how they are overcome featured strongly in the tweets and the study says earlier financial support for aspiring lawyers is crucial to widen access.

The study says greater support from legal firms through mentoring and scholarships combined with greater support from schools in careers advice, preparation for interviews, and work experience placements may significantly aid individuals to overcome barriers in their entry into the legal profession. Thus many barriers to the legal profession are conquerable with earlier financial assistance and better careers advice.

Many of the tweeters (62.5 per cent) chose not to reference their secondary school education at all. A total of 156 mentioned having to combine work and study, 64 the influence of family or legal firms and 89 the importance of work experience. Twenty-five respondents specifically mentioned being motivated by having experienced or seen injustices while 23 mentioned luck. Gender wasn’t mentioned as a significant issue, although other research has identified it as a barrier.

The research, published in the journal Research in Post-Compulsory Education, was carried out by Ruth Flanagan, Anna Mountford-Zimdars and Dr Channon, all from the University of Exeter.

Professor Mountford-Zimdars said: “Social class, poverty measures like free-school meals, postcode data and gender are used as standard measures of barriers to entry for professions such as the law. It is striking that our tweeters choose to focus on different narratives.

“Gender was only mentioned explicitly in two tweets whereas being a single parent was more commonly mentioned as a barrier. Gender was notable by its absence. In addition, references were made to losing a parent and experiences or exposure to mental illness, categories seldom part of social mobility survey research.

“Striking also was the focus on enablers and personal characteristics that had allowed them to be successful, such as resilience, a strong character or a strong internal motivation for wishing to become a lawyer, such as a sense of injustice. While the sociological literature focuses more on barriers than enablers our tweeters focused on their individual drive to succeed. It may indeed be the tweeters focus on individual characteristics and traits that has allowed them to successfully become lawyers when others with similar backgrounds may have failed.”

Ruth Flanagan said: “The dissatisfaction with career advice is clearly a policy issue universities can address in their outreach and schools and colleges can address in their advice practices. A greater degree of support and preparation for law as a career choice would have benefitted many of our tweeters. It might be that career advisors themselves require greater training of progress to law to be able to give the most useful advice. Changing the narratives about who can be successful in law rather than pitching law as an inaccessible profession is another way forward. Instead of encouraging individuals to self-eliminate from consideration for a legal career a wider dispersal of these narratives may further facilitate the opening of the legal profession to those from all backgrounds.

Dr Channon said: “Advice from teachers and sometimes law-firms proved to be a strong enabler where it was positive and an impactful barrier when it was negative: tweeters remembered both encouraging and discouraging words from many years ago as having had the power to change their paths. The impact lesson here is that everyone engaging in conversations about future career aspirations must not under-estimate the huge impact their words could have.”

Previous PostU.S. Political Partisanship Affects First Impressions of FacesNext PostNew MIT Sloan Research on Identity Cues in Social Media Shows It’s Not Just What Is Said but Who Says It That Matters