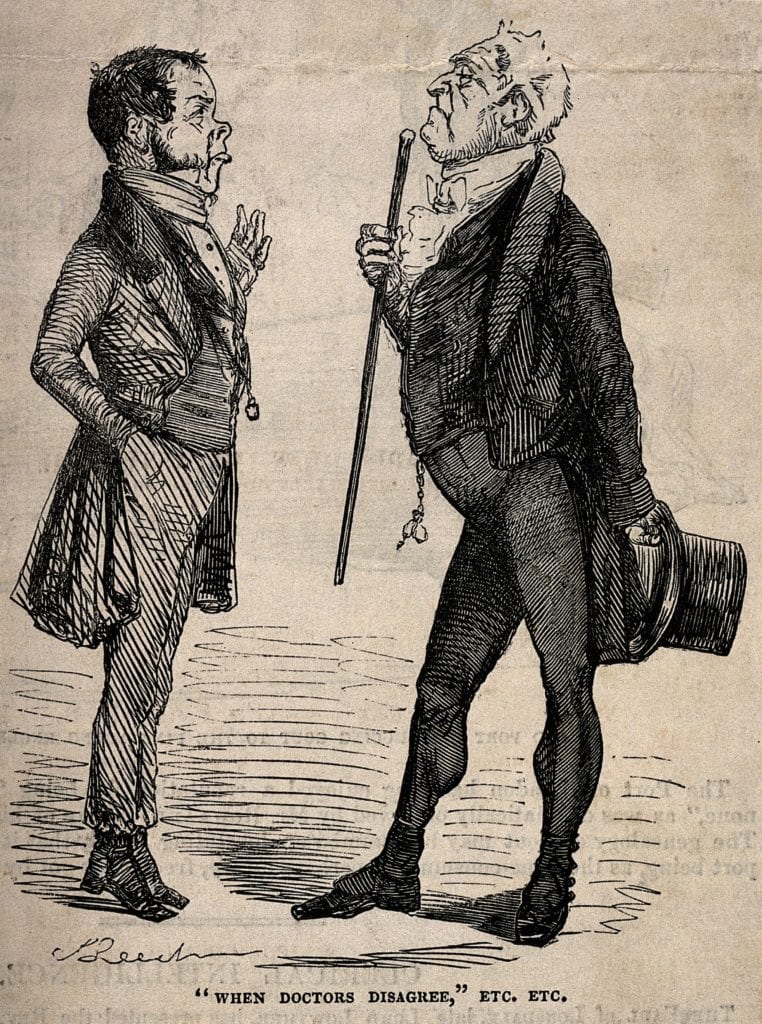 Do you hesitate to speak up when you disagree with the rest of the group? Are the others not saying anything either? Then you’re probably not maximizing your collaboration. But you can learn how to disagree more effectively.

You may recognize yourself. You’re part of a group where everyone seems to agree more or less all the time. You may disagree, but you’d rather not speak up, and the others aren’t voicing any disagreement either.

These meetings are dominated by a few individuals, or maybe just one person. Everyone else nods and smiles at the chairperson, at least until you talk to them one-on-one. Then it turns out that you weren’t the only one who had unspoken objections.

“Basically, voicing disagreement is difficult. People in groups often have a tendency or desire to align with others, either certain group members or someone who is clearly the leader. Sometimes this tendency becomes so strong that people are afraid to stand out,” says Frode Heldal, an associate professor of technology management at NTNU Business School.

But maybe you don’t think you need to speak up? This is how things your group operates, you say, and it’s working – sort of.

“It’s working” can be destructive

“We have to have respect for things that work, but sometimes that by itself can be destructive” for how a group works together, says Heldal. “It can be just fine as long as the reality remains stable. But it doesn’t always do that,” he says.

The need for uncomfortable and challenging questions also varies depending on the task. If you play football, the need is different than if you are coming up with a strategic plan, Heldal says.

Occasionally, ambiguity and misunderstandings can cause small disagreements to balloon and feel large and unmanageable. In these corona times with so many digital encounters, picking up on body language and disagreements becomes even more challenging than usual. Voicing concerns or disagreement early is especially important in these situations.

Different jobs also have different cultures. In some places, expressing disagreement is seen as completely natural and necessary for good results. In other places, disagreement can be perceived as disrespectful and perhaps even unfair to a colleague, manager or the company.

For your group to find the best solutions, especially when the reality is changing, it can be crucial to have a culture where you feel empowered to speak up when you disagree.

“For your group to find the best solutions, especially when the reality is changing, it can be crucial that you have a culture where you feel empowered to speak up when you disagree.”

Things work – until you meet the unexpected

Heldal is part of the Innovative Teams project at NTNU and recently had an article published in the Team Performance Management journal. He and his colleagues investigated the collaboration between Norwegian and Korean workers. The researchers found that the employees worked fine together on a daily basis, even though they did not understand each other.

Heldal summarized some of their findings in a Norwegian article in SPGR Innovative Teams:

“As a rule, the teams collaborated just fine, except when they had to detect and manage things that went wrong or were unexpected. Because the teams had not learned to understand each other – basically to discuss and reflect together – these situations mushroomed and were more time consuming and costly than they needed to be. Their collaborative techniques, which normally facilitated things working smoothly, actually masked the fact that they were not really that coordinated after all,”the article states.

Of course, it is quite possible for a group to function together just by everyone working independently and implicitly adapting the work to each other. Constantly disagreeing is not helpful, and long discussions can often be perceived as hampering progress. But when something unexpected happens, alternative understandings are often needed.

“This means that as a group people need to be able to challenge internal agreements. Often this is more about personal relationships in the group than the issue itself. Groups that are used to disagreeing openly generally handle changes better than groups that focus on agreement,” Heldal says.

Practice challenging each other

It is possible to practice and improve your ability to disagree. The basis for this skill is being able to challenge others and to be challenged.

“In this context, this training concept may be a little unfamiliar. But the underlying reflections have to do with practicing a skill,” says Heldal:

“What we’re really practicing for when we challenge each other is to become better at accepting and recognizing divergent views,” says Heldal.

“What we’re really training for when we challenge each other is to become better at accepting and recognizing divergent views.”

First, you have to agree on the time and place to practice disagreeing. This can be before or after meetings you already have scheduled. Heldal has compiled a list for how to practice the skill.

“A list like this is a bit suffocating – it’s long and extensive. But here’s the trick to picking out a few training points, maybe down to one per workout: work on it a lot until it sticks,” says Heldal.

Below are the ten training points. (For more details, see the fact box at the end of the article.)

Where you start depends on the team’s task and the current dynamic of the group.

“That last point, ‘Step on toes’, could be tough for some people and sounds a bit backwards for good teamwork,” says Heldal.

The background is that many teams have a lot going on, especially about this point – people on the team are basically afraid to step on each other’s toes. The result is that teams work at reduced power then.

“The most common argument against practicing these tips is that people don’t have time. But you don’t usually need much time. Half an hour a week will help you and your team move forward, often in connection with your day-to-day work,” says Heldal.

Remember that the ultimate goal is for you to become better at working together and finding the best solutions.

When you get criticized – listen and don’t defend yourself. Show that you are grateful. Practice: Receive feedback, including unpleasant feedback, with a thank you.

Make decisions and acknowledge others people’s decisions. Practice: Take turns being in the leader role. For example, let the person who normally speaks least lead a meeting.

Appoint a person who challenges decisions (devil’s advocate). Practice: Dedicate roles to play devil’s advocate. Take turns in this role. The main task is to challenge decisions and come up with alternative views. The group is obliged to take these seriously.

Challenge routines and habits. Practice: Try something new, like changing the meeting room you always sit in. Bring in outsiders. Practice working on increasing curiosity, not uncertainty.

Ask why, ask for an explanation. Practice: Work on doing this so that it is perceived as constructive.

Practice arguing for the views of others. Practice: Change roles and positions.

Be honest and clear. Don’t sugarcoat messages. But be constructive. Practice: Be concrete and straightforward about your own views, avoid packaging them.

“Step on toes.” Practice: Challenge others in areas that may seem personal. Work on not taking things personally. The boundary is when suggestions do not contribute constructively to solving or performing the team’s task. Speak up immediately if something seems unreasonable, and avoid bringing up old annoyances.