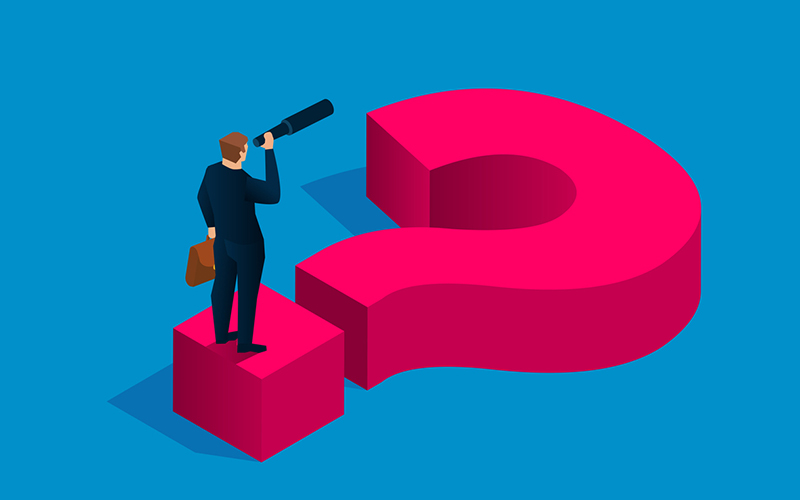 With inflation at a 40-year high and an economy that is growing at a sluggish pace, concerns about a recession are real. But it may be avoided if consumer spending continues to persist and if more workers enter the labor force, according to a forecast released today by the Indiana University Kelley School of Business.

Economists around the country, including those at the Federal Reserve, have admittedly been perplexed when it comes to predicting the national economy’s direction. This includes those at the Kelley School.

“The economy’s recovery was thrown off track when the ‘transitory’ inflation of 2021 became persistent, and the Federal Reserve belatedly began to raise interest rates. The result has been the most uncertain outlook in a half century,” said Phil Powell, associate dean of Kelley academic programs at Indianapolis and academic director of the Indiana Business Research Center.

As a result, the Kelley School forecast for 2023 uses two sets of assumptions to produce a pair of forecasts, one that is optimistic and another that is moderately pessimistic.

“We think output growth at best will be weak in 2023, and negative growth for part of the year is a strong possibility,” said Kyle Anderson, clinical assistant professor of business economics and faculty chair of the Evening MBA Program. “Demand will diminish across the economy. A key will be the extent of the impact on consumer spending. If consumption holds up, it will cushion any decline. If not, a recession will be unavoidable.”

Over the past four economic quarters, total output has grown by just 1.8%. Consumer spending, business investment, housing construction and government purchases all were significantly weaker than the panel expected a year ago, with the latter two having negative growth. The one exception has been international trade, with both exports and imports exceeding expectations

Domestic consumption has “two unprecedented distortions,” said Bill Witte, author of the Kelley School’s U.S. forecast and an associate professor emeritus of economics. There has been a split in consumer spending between goods and services. The lockdown in the second quarter of 2020 led to a 10% drop in total consumption, but most of it was a decline in services. Spending on consumer goods was hardly affected.

This trend has continued to the present. In the third quarter of 2022, goods consumption is 15.2% higher than its pre-pandemic level, while services are up just 3.4%.

If this “split” narrows, Kelley economists are concerned about how goods-producing industries will deal with the sharp decline in sales. This pain could be felt more in Indiana, where the economy remains reliant on durable goods manufacturing, said Ryan Brewer, associate professor of finance at Indiana University-Purdue University Columbus and co-author of the state forecast.

Durable goods manufacturing accounts for 16% of Indiana’s gross domestic product. Rising interest rates and other factors also may cause a drop in the demand for products. Unemployment in the Hoosier state will rise to between 4.1 and 5.5%.

“It would appear that for 2023, Indiana as a manufacturing leader will feel the pressure of the Federal Reserve tightening cycle, and ultimately sustain a flat or relatively flat trajectory in terms of output, while confronting a real possibility of shedding jobs,” Brewer said. “If inflation remains high for the next several months, Fed tightening will likely continue, demand for durable goods would continue to decelerate, and job losses in Indiana would likely become more severe.”

The Kelley forecast also noted the relationship between total consumption and the level of household after-tax income. In 2020 and 2021, government COVID-19 payments greatly increased income relative to consumption, producing a rise in household saving. The savings rate averaged 8.8% in 2019, rose above 20 percent early in 2021, and then receded.

“Over this three-year period, the mound of extra saving grew to around $2 trillion and has fallen back so far by about one-third,” Witte said. “Will the remaining excess saving allow consumer spending to hold up in the face of high interest rates and income that is not keeping up with inflation? If not, given that consumption is two-thirds of the economy, the outlook for next year will be darker.”

The economists also are concerned about the drop in the labor force participation rate —  the percentage of those over age 16 who are working or actively looking for employment. Over the past year, the economy has added jobs at a rate of 440,000 a month and unemployment has fallen to 3.7%. At the same time, workers have left the labor force, leaving the national labor force participation rate below its pre-pandemic level by 1.2%.

“That may not sound like much, but it amounts to over 3 million ‘missing’ workers,” said Witte, who has helped prepare the annual Business Outlook forecasts for more than three decades. “The participation rate shows no signs of imminent increase. With unemployment close to a historic low, we have an economy that faces a systemic shortage of labor.”

Other risks to the forecast include the international impact of the continuing war in Ukraine, how central banks in developed countries handle their fiscal policies and tightening financial conditions as interest rates rise.

Other key points from the forecast:

A detailed report on the outlook for 2023 will be published in the winter issue of the Indiana Business Review, available online in December. In addition to predictions about the nation, state and Indianapolis, it also will include forecasts for other Indiana cities and key economic sectors.

Previous PostNew MIT Sloan Research on Identity Cues in Social Media Shows It’s Not Just What Is Said but Who Says It That MattersNext Post‘Black Panther: Wakanda Forever’ Continues the Series’ Quest to Recover and Celebrate Lost Cultures