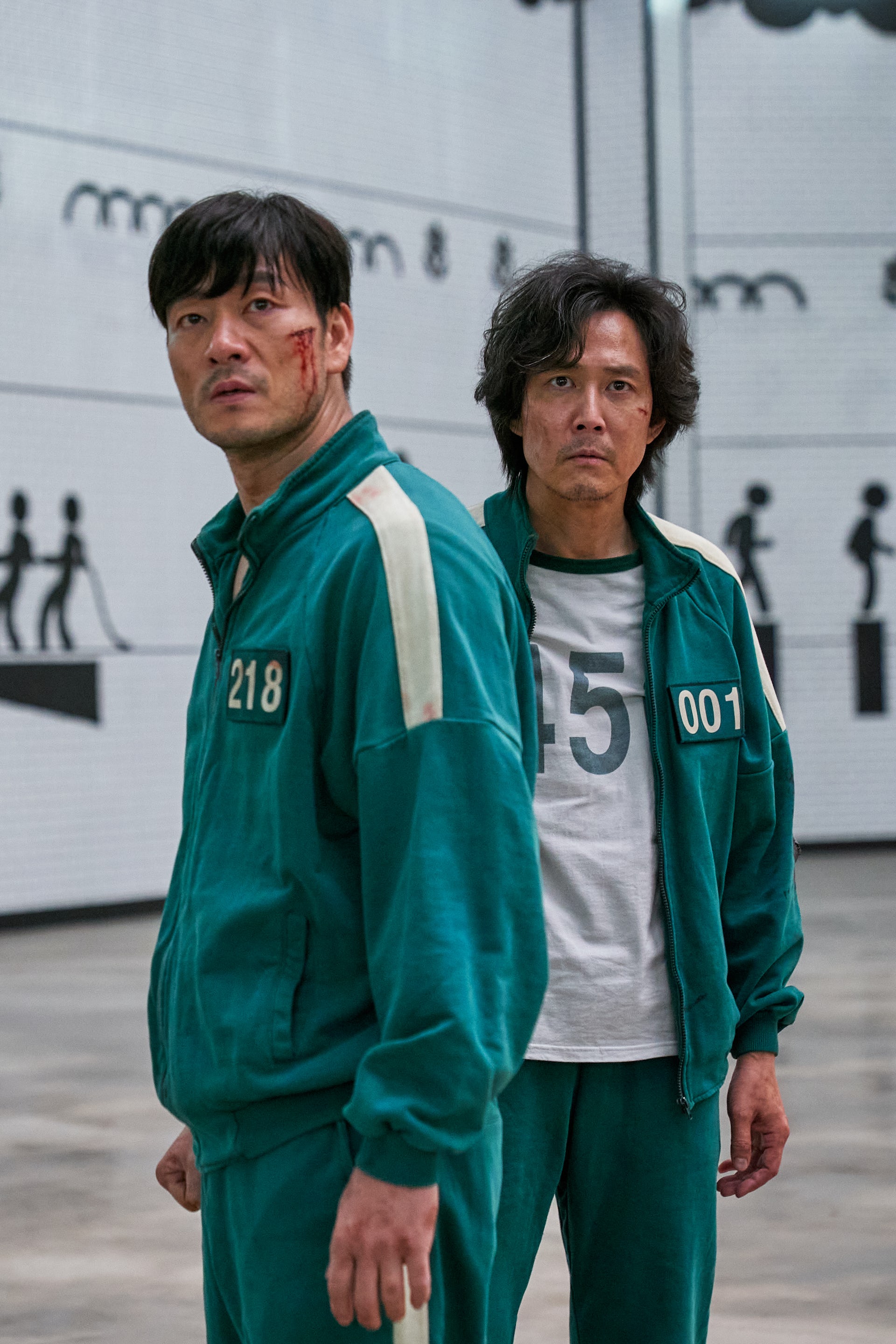 Squid Game is anything but your typical, saccharine, soft-glow Korean television drama. In this biting commentary on life in South Korea today, viewers are presented with a twisting, technicolour story of violence, betrayal and desperation. All of this is set around a series of macabre games in which players literally fight to the death. Despite its brutal content, the show has captivated audiences globally, becoming Netflix’s top show in at least 90 countries.

The drama takes viewers on a high-suspense ride across nine episodes where a group of people mired in debt and personal misfortune enter a series of six survival games, modelled on familiar South Korean children’s games. The losers will die by a ruthless process of elimination, and the single winner will take away 46.5 billion South Korean won (around £29 million).

Early episodes show the circumstances that have led central characters to place everything on the line. Audiences see a series of very different lives, but each is mired in debt and misery. A man who was made redundant and then indebted by failed business ventures and gambling is joined by an unsuccessful fund manager. An elderly man dying of cancer plays the game alongside a North Korean defector. A Pakistani migrant worker and a gangster, along with hundreds of other equally hapless individuals who have fallen foul of South Korean capitalism, gamble it all.

Squid Game adds to other recent South Korean screen productions, most notably the 2020 Oscar-winning film Parasite, in providing a sharp critique of the socio-economic inequality that plagues the lives of many in South Korea. More specifically, it speaks to the deepening household debt crisis affecting the lower and middle classes.

Household debt in South Korea has risen sharply in recent years to over 100% of its GDP – the highest in Asia. The top 20% of earners in the country have a net worth 166 times that of the bottom 20%, a disparity which has increased by half since 2017.

There has been rising debt relative to income and a recent hike in interest rates. This has left those who lack the resources to deal with unplanned events, such as a sudden redundancy or a family illness, in an even more precarious position.

The Gini Index measuring national wealth distribution puts South Korea roughly on par with the UK and in a better position than the US. However, growing youth unemployment, soaring house prices and the global pandemic have reversed the modest reduction in inequality experienced in recent years under the progressive Moon Jae-in Government.

It’s not just families that are putting themselves in debt to pay for housing and education costs – an essential expense for middle classes hoping to secure entry to a desirable university for their children. In August, the South Korean government announced new lending curbs aimed at bringing down debt among younger people. Millennials and those in their 30s are in the most debt relative to their income.

But attempts to curb borrowing have led to some people turning to higher cost and higher risk lenders instead. Such a choice leaves many at the mercy of debt collectors if the slightest change in their circumstances causes them to default on repayments. While few may find themselves in the hands of gangsters threatening to harvest their organs for sale, as shown in Squid Game, the burden of overwhelming debt is a deepening social problem – not to mention the leading cause of suicide in South Korea.

Squid Game’s inclusion of other characters representative of South Korea’s disadvantaged minorities highlights the consequences of socio-economic inequality for these groups also. A factory employer’s callous exploitation of a migrant worker who is forced to enter the game is representative of the barriers to upward mobility for those from south and south-east Asia. North Korean defectors feature too, as individuals who must fight on many fronts to achieve both financial stability and social inclusion.

The show mocks Christianity repeatedly expressing the growing turn in opinion of South Korea’s rapid development during the 1970s and 1980s and its connection with the growth of the church at the time.

The supposed Protestant work ethic was a cornerstone of South Korea’s authoritarian-era economic “miracle”, during which three decades of ambitious economic plans transformed the country into a high income economy. Throughout this time, worldly success was seen as a sign of blessing and mega-churches were booming.

However, corruption was rife among politicians and chaebol (conglomerate) families who served as church elders while embezzling funds and building their private empires. Unsurprisingly, disillusionment with some members of the political elite and the church has led many in an increasingly secular country to dispute the truth of Christianity’s claim to serve the poor and oppressed in South Korea.

This is not a story unique to South Korea of course. Squid Game’s characters, their troubles and their humanity resonate with the experiences of societies globally. Economies similar to South Korea are experiencing many of the same challenges, exacerbated by the ongoing pandemic.

Squid Game brutally reminds the winners of each stage, and the show’s global audience, that those who succeed often do so at the expense of those who failed by way of weakness, discrimination, poor judgement, or just bad luck. The final episode hints at the possibility of a second series, but even if it doesn’t continue, Squid Game makes it clear that the larger story it represents is far from over.

Sarah A. Son, Lecturer in Korean Studies, University of Sheffield

Previous PostAutomatic Entry into Career Advancing Competitions Could Help WomenNext PostDrinking Our Way to Sustainability, One Cup of Coffee at a Time